It’s time! While Kheira is still learning to crawl – Nana (what my mum decided for her to be called by Kheira) bought Kheira her first walker for her 6 months! HAPPY 6 MONTHS Love! I know its suppose to be crawling first before walking, but it is positively cute! I love the face she makes when she sees something new, shiny or full of lights. The amazement in her face and the was she looks at me – if she could talk she would’ve said, “Mommy what is this amazing thing??!?”

END_OF_DOCUMENT_TOKEN_TO_BE_REPLACED

Another month has yet passed us by. And I anticipate every 27th day she turns another month older. Kheira has opened my eyes to life’s little miracles. Her life advancing everyday just stuns me!
♥   ♥   ♥
This was how I grew up in my mum’s very eyes. I can’t explain this feeling, but my husband thinks I’m crazy. Everyday there’s always a point in time where I see myself staring at her and admiring this little human I made. She’s incredible; her eyes, her smile, when she grabs my fingers, when she touches my face. I get a heavy feeling in my heart, a lump in a throat and a lil’ tear in my left eye. Oh how sweet is it to be loved by this lil’ human.
Her amazing improvements this month:

So far that’s pretty much what she’s all about now… The list keeps growing and I’m over here, looking all goofy, cheering every move she makes

Time really does fly, don’t it? Especially when you meet old friends for play dates instead of night outs. From changing outfits to changing diapers – From drinking beers and poppin’ bottles to feeding milk into baby bottles and pacifiers. Its crazy to see these transitions.

Last weekend we were invited to the birthday celebration of our friend and my husband’s old teammate, Don Dulay, from when he played for Singapore Slingers in ABL (Asean Basketball League). They both met when they were both still single and still playing professional basketball. I can only imagine what they were up to during those times! Aaaahhh… the single life! And now, here they are several years later; Married and with babies!

Don and Glaiza (Don’s wife) have a little baby boy named Dylan. Glaiza and I met when we were both pregnant so this was Kheira and I’s first time meeting baby Dylan and he’s already 7 months old! This was the first time we’re both seeing each other without our bellies. Aaahhh… memories. Sometimes I still miss my big belly (who’s with me??) It actually became an impromptu baby playdate! I was really excited for her to meet Dylan. First play date! Yay!

This was the first time Kheira has interacted with another baby up-close and Dylan was such a delight! Here are some of their cute out-takes from that night…

Trading places real quick because mommy wants a lil boy after Kheira and uncle Don wants a baby girl next!

I can’t wait until Kheira and Dylan can have an actual play date where we don’t have to hold them up to play with each other! I can just imagine it… both of them in a play pen on soft cushiony play mats helping each other build blocks or play catch with soft (baby approved) playing balls. I said the word ‘play’ about four times (yes, I counted). Is that accurate?? I’m new at play dates so I’m not so sure how to imagine how play dates really go.. (two more times!) Hahaha!

Nevertheless, here we are, now a bunch of parents getting together with our kids, stroller on each of our sides with our big bulky baby bags. It’s another journey in our lives and I don’t think its going to stop there!

Look at us all grown up! This is another journey for all of us and I’m excited! ♥ 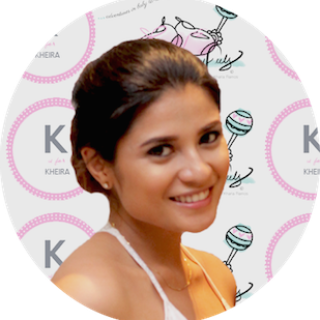